Things To Do In Derbyshire 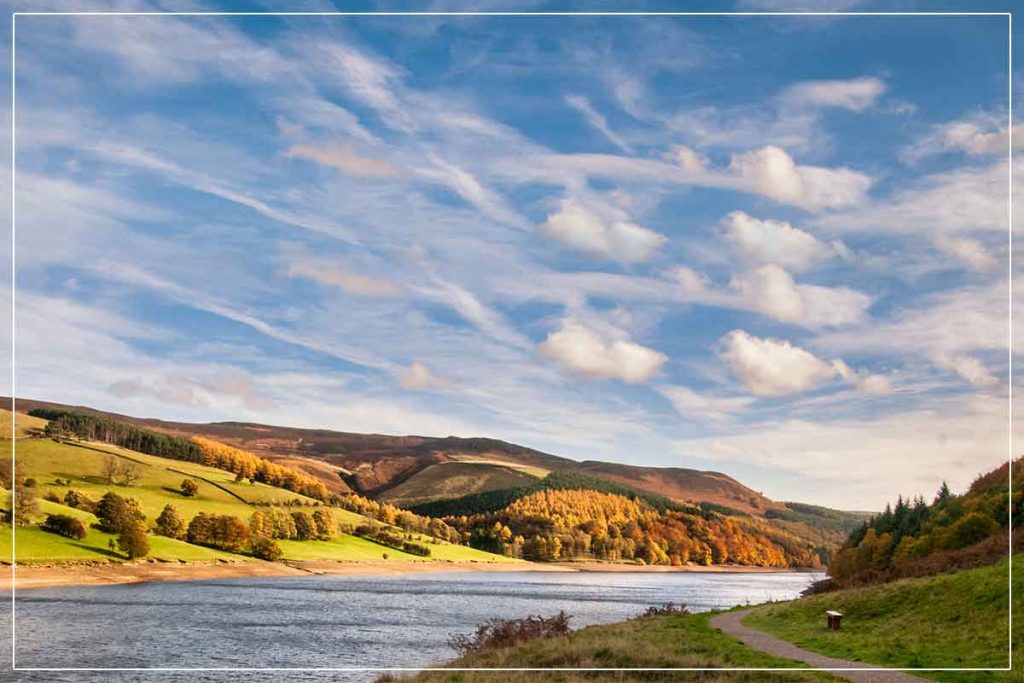 Derbyshire is found in the East Midlands of England. The county is host to a large segment of the Peak District National Park, as well as a part of the National Forest.Its longest river is the River Derwent, Kinder Scout its highest point and Trent Meadows its lowest point. Derbyshire is known to be a county of diversity with its city and town, nestling in a magnificent countryside, with leisure and commerce marching side by side.

The county lays claim to almost three-quarters of the first national park in Britain, The Peak National Park covering an area of 500 square miles. Set in the centre of the Peak District is the lovely Georgian spa town which is the county’s highest marketplace. Derby is the county’s premier city. Just outside of the city there are quaint villages set in a pristine countryside and a selection of bustling market towns such as Chesterfield and Bakewell.

More than a dozen cultures are represented in Derbyshire, no wonder there is a wealth of different cuisines and places to eat in Derbyshire for every taste and budget. For a truly lavish meal, guests can sample the fares of Fisher of Baslow, a Michelin star restaurant near the market town of Bakewell. For those whose preference is traditional, there are chic cafes and tea rooms serving afternoon tea, the best lunch-time extravagance ever. The county also boasts of some of the most exciting gastropubs in the area. For local food and produce, there are interesting farm shops and farmer’s markets, restaurants and local breweries to choose from.

Derbyshire may be best known for its dazzling countryside, but the county also has plenty to offer on the shopping front because of the many fantastic markets and unique shops just waiting to be explored. From Bakewell Market, East Midlands Designer Outlet and Intu Derby, a shopper won’t leave Derbyshire without at least one purchase. There is also the big shopping centre of Derby, the award-winning Cathedral Quarter, the flea market at Chesterfield and the independent shops in the charming towns and villages of Buxton, Bakewell and Ashbourne with their many offerings.

Accommodation in Derbyshire is vastly diverse and very welcoming. The county has comfortable guest-houses, comfortable bed & breakfasts, picturesque campsite and relaxing hotels. In addition to these standard accommodations, there are also alternative accommodations like canal boats and yurts, a portable round tent originally used as a dwelling by nomads. The Darwin Forest Country Park makes available five-star self-served lodges set in a magical forest. If it is country hospitality sought after by guests, there are guesthouses such as The Hayloft close to Buxton and Pioneer House in Hope Valley that is worth checking.

Things to do and see

Derbyshire County is a fantastic place to discover and enjoy whether it’s in the summer or winter either for a day out, short breaks or long holidays. From incredible countryside walks, scenic cycling trail to breathtaking rock climbing opportunities to whimsical country villages, the county is all about the great outdoors. There is the National Park with its dense woodland, mystical henges, charming dales, and rugged hills waiting to be explored. While taking a leisurely walk, tourists can stop in the market towns of Buxton & Bakewell for a taste of some mouthwatering tarts. They can also visit Chatsworth House, the setting of Jane Austen’s novel, Pride & Prejudice.

If the preference is a city scene, visitors can check out the city of Derby where they can look around the museums that provide progressive insights into Derby’s role in the Golden Age of Steam and the Industrial Revolution. Another interesting place to visit in Derby is its cathedral tower. Chatsworth is also worth checking out. It reeks of affluence, and it is rich in history with its grand lovely houses and gardens which are open to the public. But, doing all the must do and visiting all the must go places will be easier with a self-drive rental van.